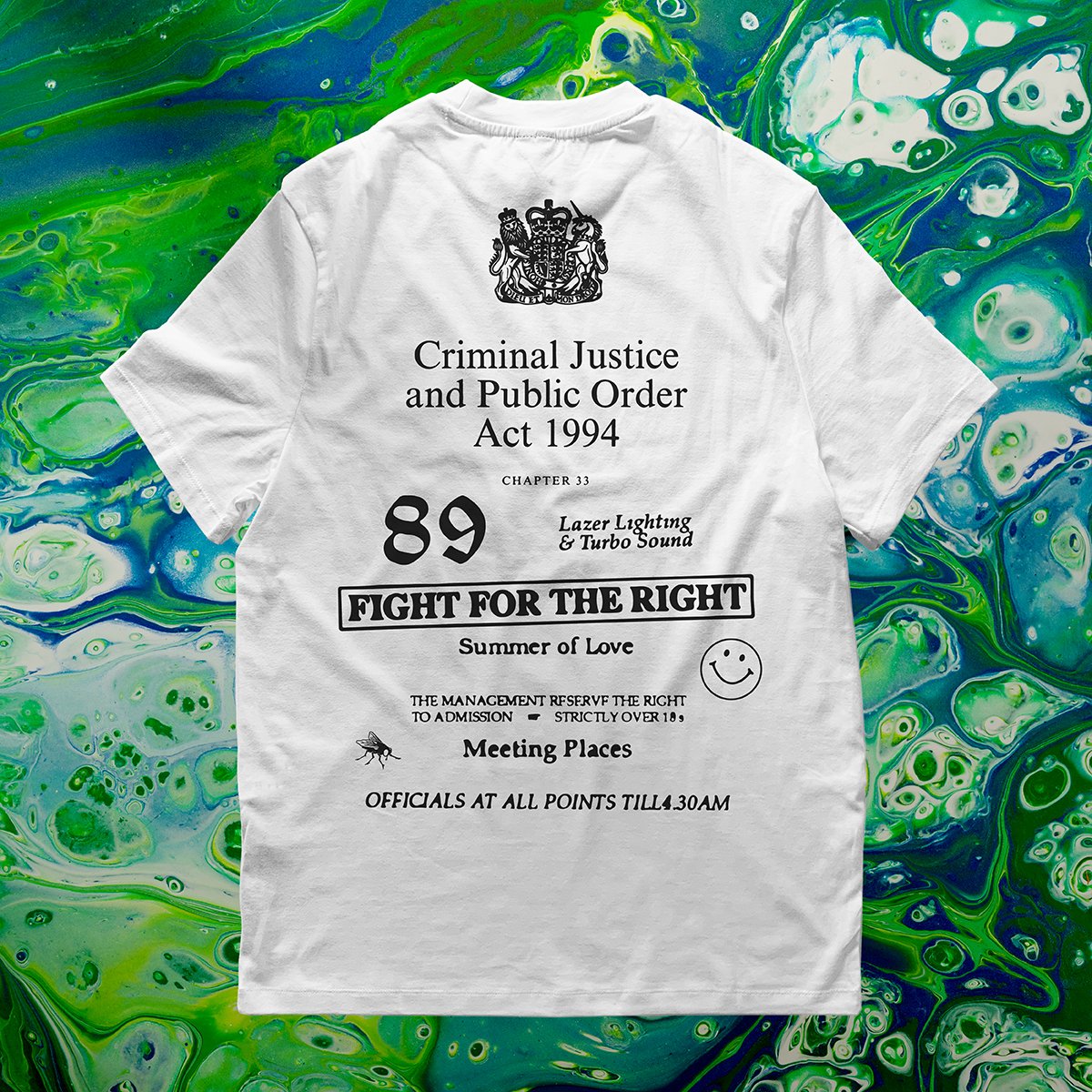 Our tribute to the freedom fighters who came together to rave, a celebration of community, love and music in the face of government opposition.

Black screenprint graphics taken from contemporary ephemera, on the front and back, on white cotton t-shirt.
-
The Criminal Justice and Public Order Act 1994 (c.33) is an Act of the Parliament of the United Kingdom. It introduced a number of changes to the law, most notably in the restriction and reduction of existing rights, clamping down on unlicensed rave parties, and greater penalties for certain "anti-social" behaviours. The Bill was introduced by Michael Howard, Home Secretary of Prime Minister John Major's Conservative government, and attracted widespread opposition.

Sections 63–67 in particular defined any gathering of 20 or more people where:
63(1)(b) "music" includes sounds wholly or predominantly characterised by the emission of a succession of repetitive beats.

Jon Savage, author of books on youth culture, said of the legislation in Bill form, "It's about politicians making laws on the basis of judging people's lifestyles, and that's no way to make laws" 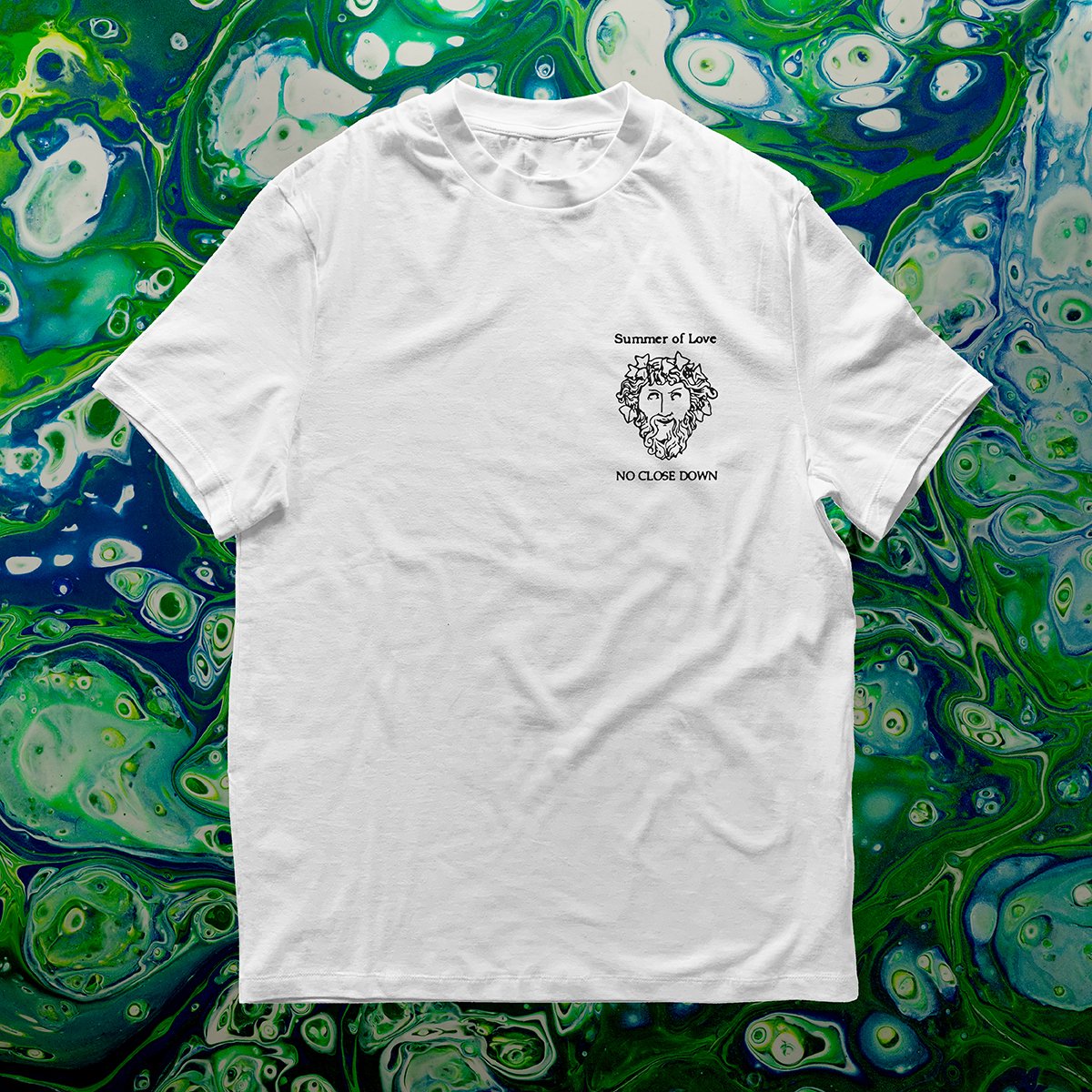 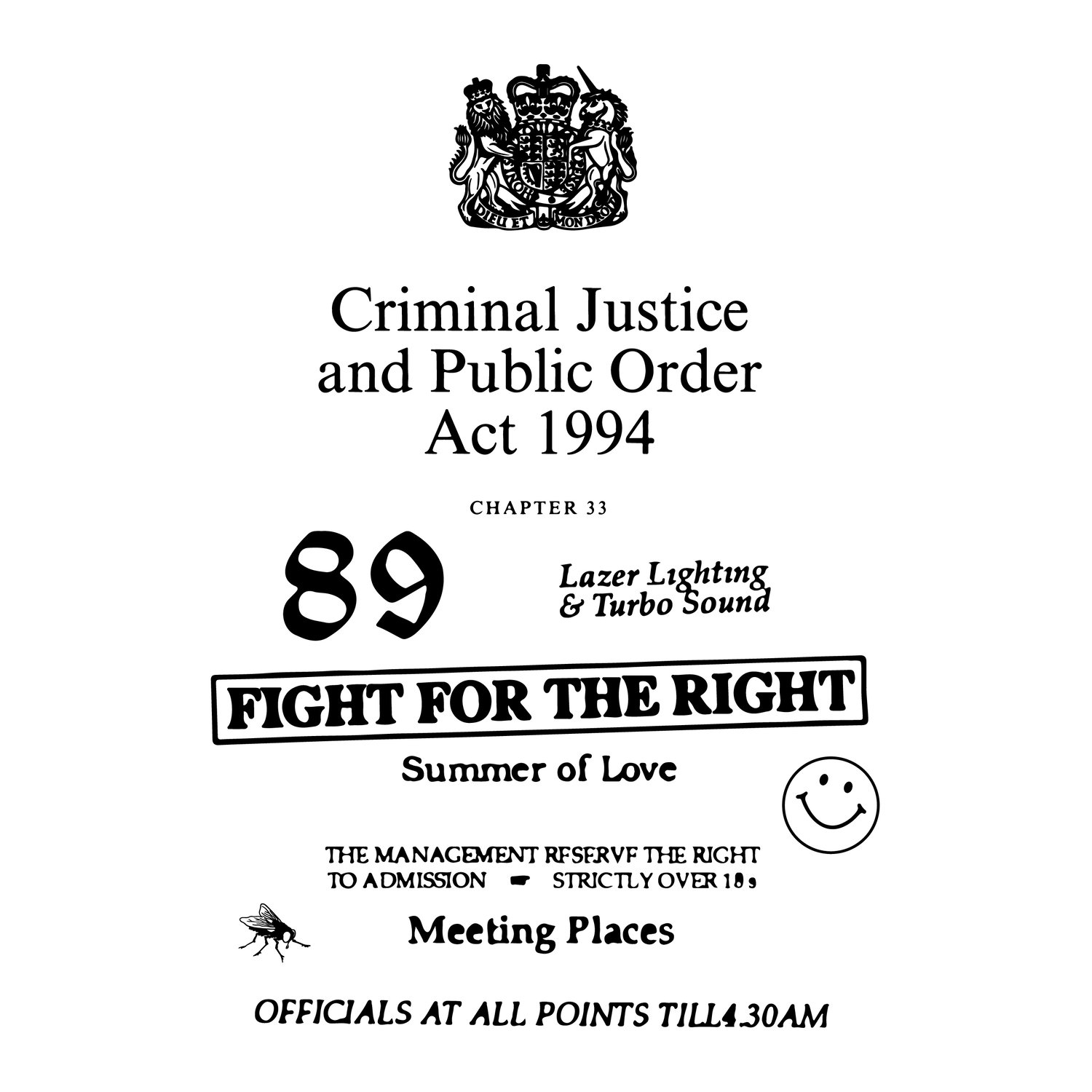